Georges Seurat
George Seurat was born on December 2 1859 in Paris, France. His father was a customs official and his mother stayed at home to raise Georges and his two siblings. HIs earliest art lesson came from his uncle. He partook in a more formal art education around 1875 by attending a local art school where he studied under Justin Lequien. From 1878-1879 he was enrolled at Ecole des Beaux-Arts in Paris. However he became frustrated with academic methods and left to continue studying on his own. He is most known for his pointilism piece called " A Sunday on LA Grande Jatte" which was done using oil paint on canvas and a pointilism style. His subject matter was usually realistic in approach, and would often paint what he saw around him. Unfortunately his career was cut short when he died of illness on March 29, 1891, in Paris.
George Seurat was influenced  by the impressionist exhibition he attended in April 1879. Here he witnessed the new works of impressionist artist painters Claude MOnet and Camille Pissaro. It was there way of conveying light and atmosphere that influenced his own thought and inspiration for painting. There were two books that were also influential to Seurats interest in the science behind art and painting: "Principles of Harmony and Contrast of Colors" by Michael Cheureul, and " Essay on the unmistakeable sign of art" by Humnert de Superville.
O 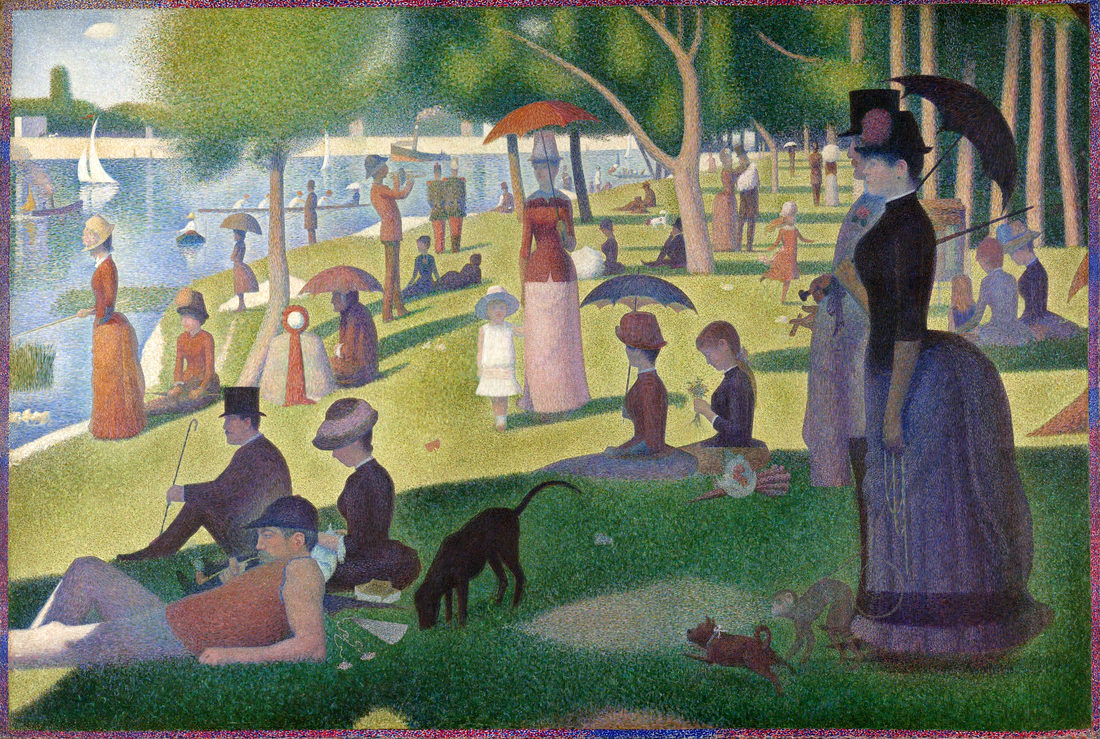 A Sunday Afternoon on the Island of La Grande Jatte, 1884–1886, at The Art Institute of Chicago
Media: Oil 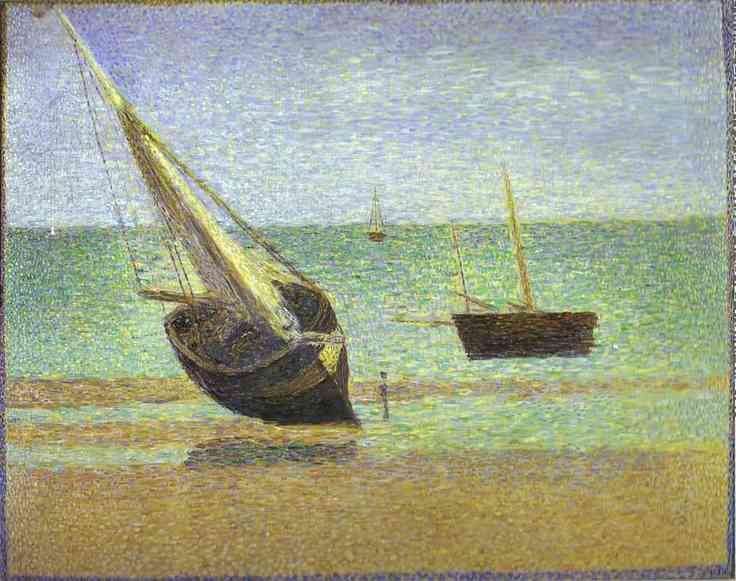 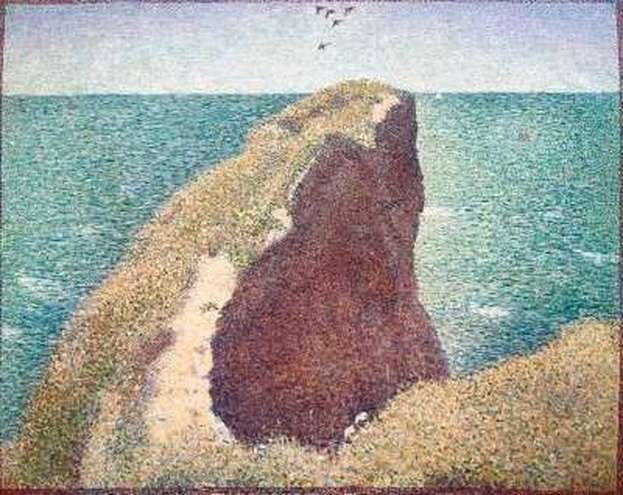 Le Bec du Hoc, Grandcamp
Media: oil
Sakura Chrnno id s modern day artists who uses the same color technique as George Seurat. She used the simple color palette brought together by the clusters of dots to create an optically blend of colors. As an artists Sakura Chrno is still developing but her techniques are very similar to those of George Seurat. 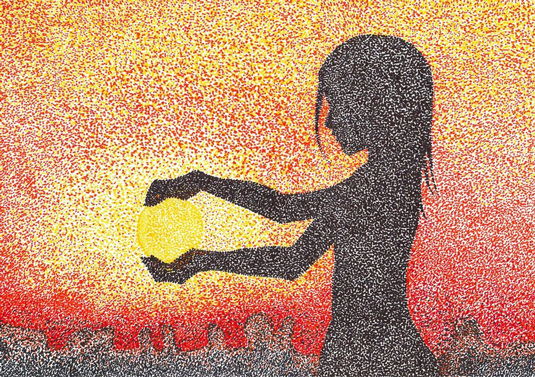 Sakura Chrno
Media: oil on canvas
Paul Signac
Paul Signac was born in Paris on November 11, 1863. He is known for his famous paintings incorporating pointillism as well as his friendship with George Seurat. Signac was originally following a path of architecture before he switched to painting at the age of 18. His subject matter was mainly landscapes due to his constant sailing. Many of Signac's paintings are of the French coast. He left the capital each summer, to stay in the south of France in the village of Collioure or at St. Tropez. In 1884 he met Claude Monet and George Seurat. It was here where he became fascinated with Goerges Seruats color theory and became his faithful supporter.  Under Seurats influence Signac began to make changes to his own techniques, such as eliminating short brush strokes and experimenting instead with the clusters of small dots and pure colors. Through Signac's travels around different ports be brought back watercolors sketched from nature. He used these sketches to paint large studio canvases that were divided into mosaic squares of color. This technique was drastically different from that of Seurats tiny dots. It seemed that Signac was beginning to invent his own art movement. He experienced with various different types of media such as oil, watercolors, etchings, lithographs, and pen-ink composed of small dots. Signac became an inspiration for artists Henri Matisse and Andre Derain where he played a large role in the evolution of the art movement named Fauvism.  He was president of the Societe des artistes independents from 1908 until his death. 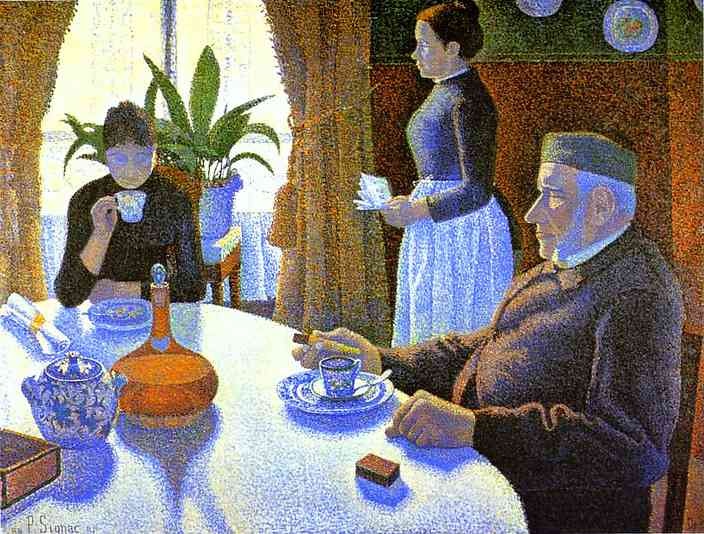 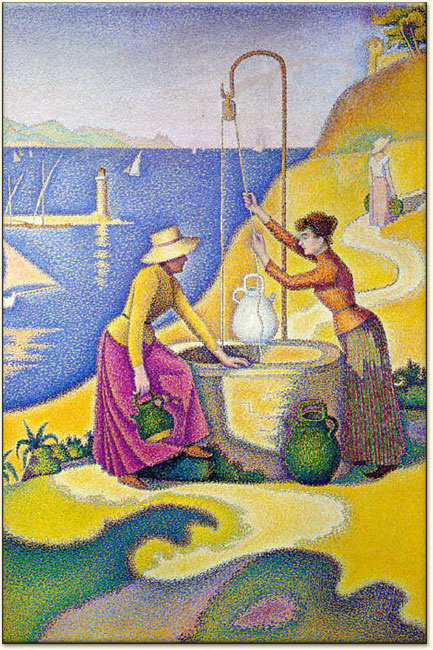 Women at the Well by Paul Signac
Media: Oil paint 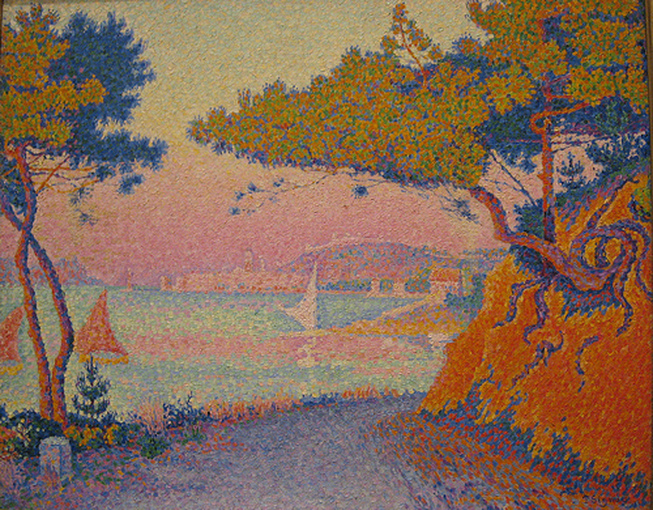 Federico Pietrella
Federico Pietrella is modern day Pointillism artist. At first glance Piterellas work resembles that of 20th century artists Paul Signac or Georges Seurat. Like them he uses the pointillism technique to recreate photographs and other objects. However he has added a unique touch to this style. Instead of using small distinct dots of paint, Pietrella uses only a library date stamp. With the constant layering it creates the illusion that the date stamp is really just tiny dots, 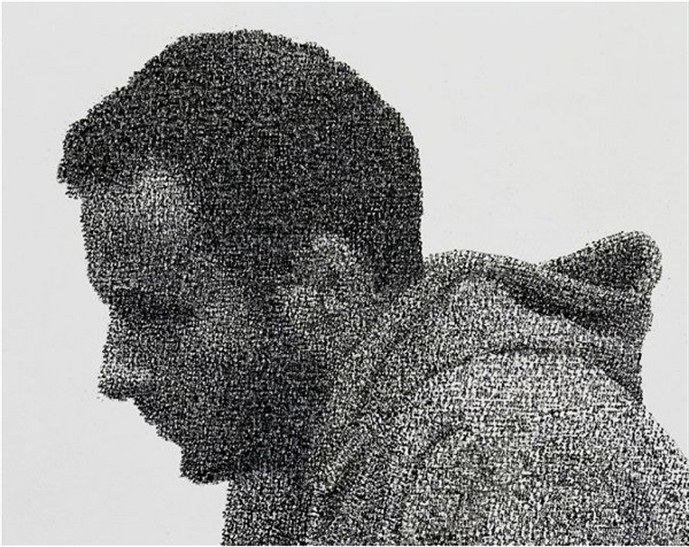 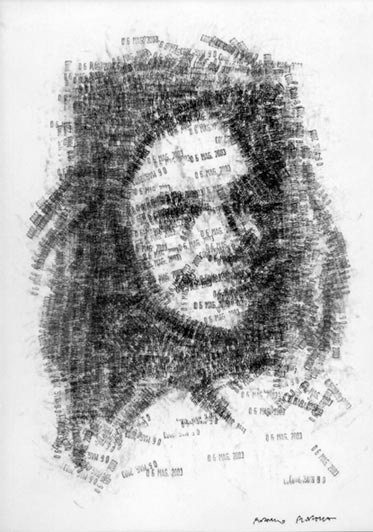